During times of snowfall or icy conditions, Everett Transit may place specific routes on snow routes.The snow route maps are available in the schedule book. You can download the PDF of those pages below. 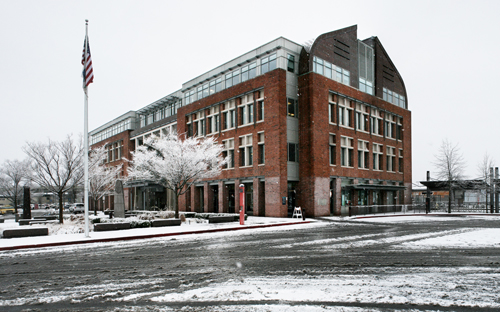 Routes with snow routes:  3, 6, 8, 18, 29 and 70. Routes NOT included in the booklet have no assigned snow route and are expected to operate on their normal route, even during snow!

Please be aware that as snow and icy conditions cause general traffic to slow it may also cause delays to bus service even if routes are using a snow route.

Do NOT use Everett Transit Arrivals (ETA) when snow routes are in place. The times will not be accurate, as the system cannot be updated for the short timeframes of the detours.